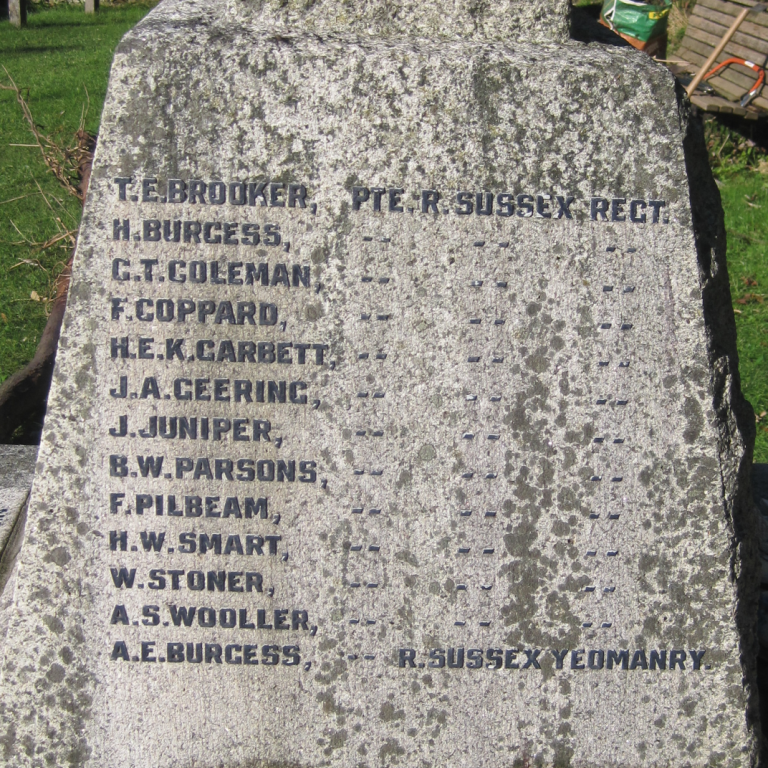 Thomas Brooker was born in Ditchling in 1879 and spent some of his childhood years living at The White Horse with his five sisters. He later worked as a gardener and had much success at the local horticultural shows where he often won prizes. He was also a bell ringer at Keymer Church. Married to Florence and with two young sons, he enlisted into the Royal Sussex Regiment.

In November 1916, as winter set in and the weather worsened, the fighting was winding down. Thomas had only been at the front for three weeks when, on 6th November, he was wounded in the buttock, an arm and a leg. His leg was amputated but he couldn't be saved and he died at 5 am the next day, 7th November.

A quarter peal of Grandsire Doubles was rung in Keymer Church the following Sunday, half muffled. On 7th November 2016, 100 years later, the present bell ringers at Keymer Church again rang a quarter peal in remembrance of Thomas and the sacrifice he made.